The youth hostel at Golant near Falmouth is the perfect place if you plan for a stay far away from the hustle. It is located between farms, seeming like middle of nowhere and by the beautiful river Fal that has canoe trips! After a good night’s sleep and hearty breakfast, we started our day 2. The lady at the front desk of YHA was really helpful giving us some tips about places around and we started towards St. Michael’s mount in Penzance. We were now driving through the beautiful Cornish countryside and soon were passing through the city of Truro, which is lovingly called the capital of Cornwall. The magnificent cathedral that stood high up was more than enough to force us for the first stop.

The Cathedral of the Blessed Virgin Mary, Truro is an Anglican cathedral and is one of only three cathedrals in the United Kingdom with three spires. The Cathedral of Truro is one of the testimonies to the urge of Victorians to re-create the colossal structures of Gothic era and It contains the world’s largest stained glass projects ever made and the windows tell the Gospel story. It was indeed a worthy stop on our route. After taking in the mammoth views, we found about the Victorian Gardens near the Cathedral. Victoria Gardens were designed and created to commemorate the Diamond Jubilee of Queen Victoria in 1898 and today is one of the most beautiful parts of Cornwall. With a varied mixture of flowering plants, shrubs and pretty looking thatches, this garden is sure an eye-candy during the full bloom. 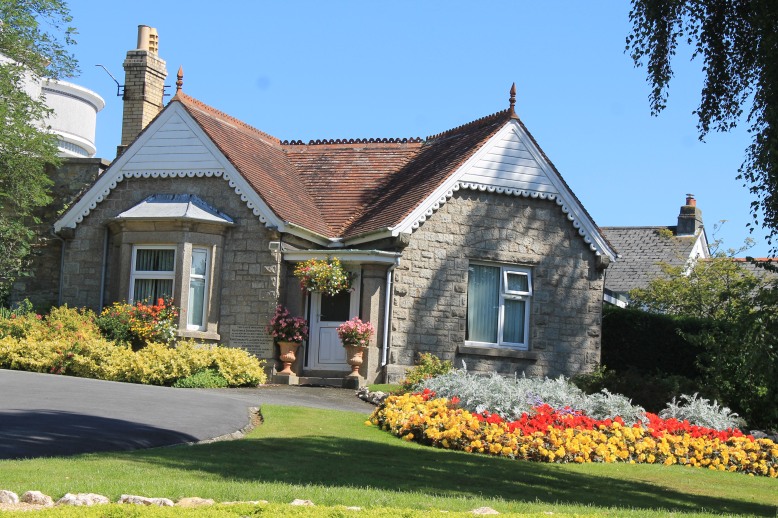 We continued driving our way south towards the Pendennis Castle. The very narrow but charming roads of Cornwall took a toll on time. The little villages, roads and streets were too pretty than anything I have seen in the UK. The narrow roads made sure that we couldn’t drive faster and the pretty villages with farms on one side and sea on the other made us drive slow, admiring the views, even if we had a chance to drive faster. It took couple of hours to cover the distance to Pendennis Castle but was worth the time.

Sitting right on the cliff facing the Celtic Sea, Pendennis Castle is one of the finest of the mighty fortresses built by Henry VIII to defend the country against invasion. The fantastic 360 degree view from the fort walls that stretches over the estuary, town of Falmouth and into the sea is fitting for a defence den. Pendennis Castle was an important artillery fort from 1539 until 1956, defending the naval and mercantile anchorage of Carrick Roads and the port of Falmouth. A national heritage pass or ticket will allow you to enter into the Governor’s Room and Castle but we chose to stroll around the fort walls that overlooked the blue sea. 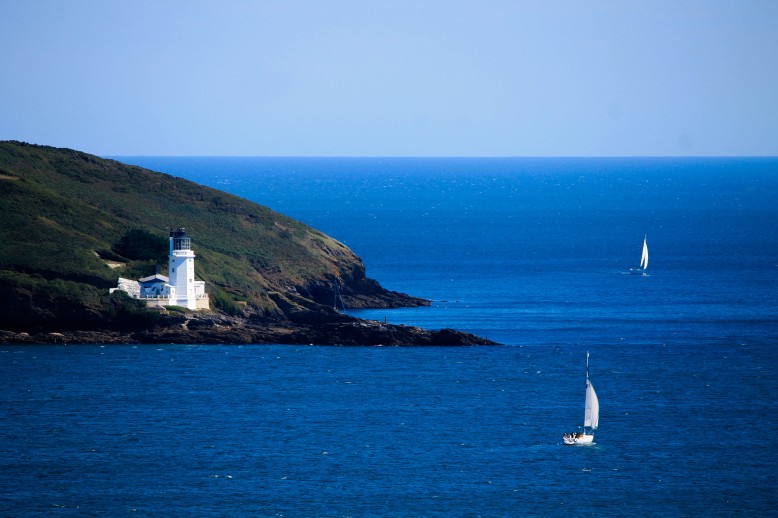 Next on the route was St. Michael’s mount, one of the 43 (unbridged) tidal islands which can be walked to from mainland Britain. Once a flourishing seaport, St. Michael’s mount, today is a extra-diocesan, and the castle is the official residence of Lord St Levan. One of the most noteworthy points of interest on the island is the island’s own underground railway, which is still used to transport goods from the harbour up to the castle. It was built by tin miners around 1900, replacing the pack horses which had previously been used. Due to the steep gradient, it cannot be used for passengers. The National Trust currently does not permit public access or viewing of the railway.

We were running out of time and had to cover 15 miles in 25 minutes if we were to make it to Minack’s Theatre before they closed it for the day. Porthcurno, the little village where this one of its kind theatre located is on the edge of UK and I was worried that I may never see the Minack’s if I missed it this time. Whizzing past the narrow roads that became more narrower as we reached closer, we arrived at Porthcurno. After couple of very steep, narrow and extreme driving conditions, we arrived on a platform that seemed like a place from where you could command the sea, right beside was the ticket counter to Minack’s. What followed was a sprint to the counter and a request to the lady who was busy managing the daily collection after placing the board “we are closed”. Probably the extremely breezy winds from the Celtic Sea carried a lot of luck to me, we were the last ones to enter the Minack’s theatre on that day.

The Minack’s is an open-air theatre carved into the rocks that face the sea. With its stone seating, stage and pillars, it gives a feel of looking at the Pantheon or any other Greek architecture. The theatre was the brainchild of Rowena Cade who built a house at Minack Point for £100 after the First World War. Miss Cade offered the garden of her house as a suitable location and in 1932, The Tempest of Shakespeare was performed with the sea as a dramatic backdrop, to great success. Miss Cade resolved to improve the theatre, working over the course of the winter months each year throughout her life so that others might perform each summer and today Minack’s is one of the finest and one-of-its-kind theatres in the world. 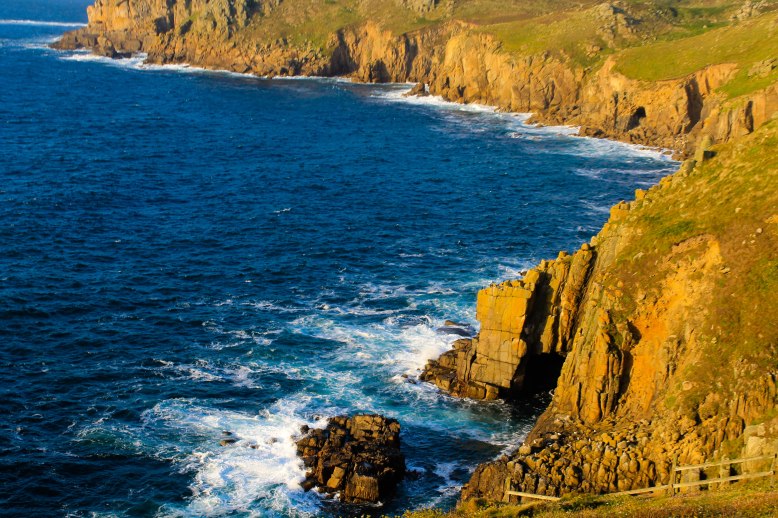 We reached Land’s End just ahead of sunset. The entry is free here and doesn’t close until late. So chose to walk around the ridges and cliffs admiring the Celtic Sea. Land’s End was once recognized as the gateway to England and Britain. There is a hotel that says First & Last refreshment house in England, and by last it meant, the next one is only in the Americas 😉

The much photographed and iconic pole that stands here is the one marking the distance to John O’Groats, the traditionally acknowledged extreme northern point of mainland Scotland, from Land’s End. Land’s End to John o’ Groats is the traversal of the whole length of the island of Great Britain between two extremities; in the southwest and northeast. The traditional distance by road is 874 miles (1,407 km).

Our abode for the night was the little, cozy town of Penzance and it is here that I felt the actual vibe of Cornwall and its people. Little did we know what was ahead while asking directions to a hippy looking guy in his late 20’s or early 30’s in one of the bars on the seashore. The conversation was such fun that we spoke for more than couple of hours late into the night. Squirt, as he is called, is a vocalist and percussionist in Kernow Vibration – a Cornish seven piece reggae dub band and like any other Cornish man, is so passionate about Cornwall and feels pride in everything Cornish. It was fitting end for the Cornwall day, talking everything from culture, politics, recent trends and everything Cornish! Yes, I too love Cornwall! 🙂